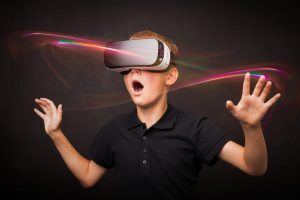 If you’ve ever wanted to tour the Great Pyramids of Egypt but are allergic to sand and afraid of camels, put away your passport. You can still visit Giza from the comfort of your home. Exploring the world has never been easier thanks to virtual reality (VR).

Once relegated to sci-fi books and films, VR is readily available to everybody — even those not named Kirk or Spock. And when a global pandemic took grip in 2020, VR redefined what it meant to travel and socially distance.

From View-Master to Fully Immersive Gaming

Virtual reality is a computer-generated simulation in which a person interacts with an artificial three-dimensional environment. With the aid of electronic devices such as goggles, headsets, or gloves — and a dependable internet connection —the sensory experience might involve sight, touch, hearing, smell, and taste. 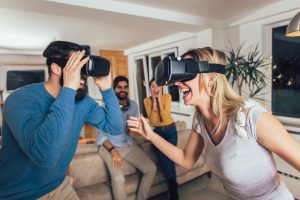 Science fiction writer Stanley Weinbaum’s Pygmalion’s Spectacles, published in 1935, involved a professor who invented a pair of glasses that let the wearer experience a fictional holographic world involving all five senses. What seemed virtually impossible at the time has become reality.

A few years later, the View-Master made its debut at the 1939 New York World’s Fair. Marketed toward people seeking a “virtual tourism” experience, the stereoscopic device used cardboard reels with seven pairs of tiny color photographs to produce a three-dimensional image. Early reels featured Carlsbad Caverns and the Grand Canyon.

VR technology found broad uses in applications such as medical and military training, flight simulation, and automotive design. By the 1990s, it entered the consumer marketplace thanks to the popularity of video games.

The travel industry is one of VR’s fastest-growing market segments. Hotels and travel companies use VR headsets to offer guests virtual tours of their properties and local attractions, and let them book rooms and flights — all from one seamless user interface. Research by Statista found that 49% of people surveyed would use VR as a tool for choosing their holiday destination if it were provided for free.

Fully immersive virtual travel experiences, available as downloadable apps or online videos, appeal to armchair globetrotters who long to see the world from the comfort of their couch and were a big hit during the pandemic. Some experiences are free, and others cost money…but paid apps are closer in price to a cup of coffee than a flight to Rome! Some of the most popular VR travel experiences include:

Side Effects of Virtual Reality

Before you book that virtual safari, keep in mind that everybody responds differently to VR. Some experience dizziness, disorientation, nausea, or even seizures. With the loss of spatial awareness, there is a risk of tripping, running into objects or people, and knocking things over. VR developers don’t recommend children use the technology because its long-term optical and psychological effects are unclear.

But for adults who aren’t prone to motion sickness, the devices are a virtual wonderland ready to transport you to far-flung places.

Just don’t trip over the cat on your way to the Eiffel Tower.

Sources: Some information for this article was provided by online articles from Virtual Reality Society, The Franklin Institute, Travelmag.com, Immersion VR, cnet, and Statista.