Honey’s All the Buzz in South Dakota

Honey’s All the Buzz in South Dakota 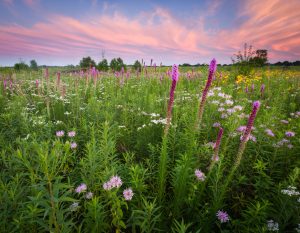 If you haven’t heard the buzz, here’s a sweet fact: South Dakota ranks number two in the nation in terms of honey production. This natural sweetener has been used for centuries not only as a food source, but to treat a range of ailments, as well.

Labeled a superfood by experts, honey is liquid gold for South Dakotans who benefit from its positive impact on the state’s economy.

When people think of South Dakota, they likely picture herds of cattle and fields of corn. Many are surprised to learn the honeybee is the official state insect and plays an important role in boosting South Dakota’s bottom line.

South Dakota ranks second only to North Dakota in terms of honey production in the U.S. In 2020, the state produced 14,945 pounds of honey. There are many reasons for the high honey yield: vast stretches of native grassland, alfalfa, clover, and uncultivated land serve as ideal honeybee habitats; a favorable climate characterized by warm days and cool nights promotes nectar production; and there is less intensive farming than in other Midwestern states.

This has led scientists to call the Dakotas “America’s last bee refuge.” 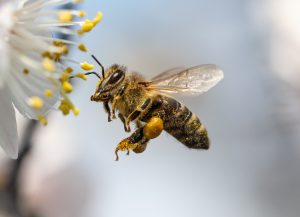 The optimal combination of soil, topography, and climate that makes South Dakota so attractive to bees results in a high-quality honey prized by purists: a light-colored blend of alfalfa and sweet clover with a mild flavor.

With 270,000 honeybee colonies in 2020, South Dakota was third in the nation. The average yield per colony — 72 pounds — is well above the national average of 55.8 pounds. That all translates to a crop valued at more than $30 million.

The monetary value of honey production is substantial, but it’s not the only benefit South Dakota sees from honeybees. They are crucial pollinators of the state’s bountiful agricultural crops, particularly for alfalfa and sunflowers. Bees help home gardeners get better yields of raspberries, currants, strawberries, watermelons, squash, and cucumbers, as well.

Humans have been crazy about honey for millennia, using it for food and medicine. Cave paintings in Spain dating back 8,000 years depict people harvesting honey. Ancient Egyptians used it as an ointment to treat skin ulcers. Many cultures pay homage to honey through sacred rituals.

The health benefits of honey are plentiful:

Nutritionally, honey is made up mostly of sugar and should be used sparingly. It’s higher in fructose, which is sweeter than refined sugar, so you can get away with using less. This makes it a healthier option than table sugar and a sweet alternative for diabetics. And unlike sugar, which is essentially empty calories, honey contains nutrients like vitamins B and C, and minerals such as calcium, iron, magnesium, and potassium.

How to Bee Friendly

There has been a well-documented and well-publicized global decline in honeybee populations. South Dakota has fared better than many other places, but numbers here are on the decrease, as well. A honey producer in Fall River County says there are steps we all can take to protect honeybees.

“Homeowners shouldn’t treat their yards with systemic pesticides and herbicides,” he says. “These are building up in the soil and contaminating nectar, which is killing the bees. We’ve got to be more sustainable in our lifestyles. The best thing to do is let nature run its course.”

Additionally, you can support South Dakota beekeepers by purchasing honey from local farmers markets; create a pollinator habitat by adding plants rich in pollen and nectar to your yard; and make a bee bath by filling a birdbath with water and placing stones inside, giving thirsty bees a place to land.

It may take a little effort, but honeybees are an indispensable part of our planet … and a boon to the local economy. Helping them out is hardly a sticky proposition!

Sources: Some information for this article was provided by online articles from South Dakota Department of Agriculture, University of South Dakota, USDA.gov, BeeCulture.com, The Bee Conservancy, and HealthLine.com.