Where Are They Now?

Where Are They Now?

For the 22nd year Golden West will award scholarships to more than 40 high school seniors across our service territory. The total financial contribution of the scholarships is approaching $1 million, but what’s more significant is how the students are impacted long term by the awards. 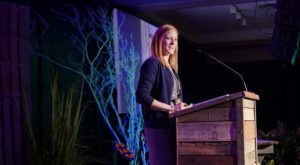 “There’s an energy there that is palpable, and it was clear to me that the community really embraces the university,” she recalls.

Goodman worked at a small advertising firm in Sioux Falls before she and her fiancée moved to Pierre to be closer to family. This is where her career took off by taking a left turn.

She started as the South Dakota Department of Tourism’s Public Relations Manager in 2006 and was promoted to Deputy Secretary in 2012.

“We are fortunate to have such incredible diversity in landscape from east to west,” explains Goodman. “We have internationally-known national parks and monuments, a dynamic history and a beautiful mix of cultures and heritage right in our own backyard!” 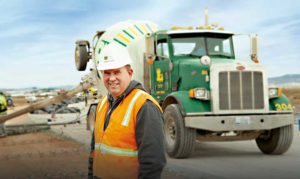 “I grew up in South Dakota and staying close to home has always been important to me,” Krogman says.

He received both a bachelor’s and a master’s degree in civil engineering, and his graduate studies included an emphasis in geotechnical engineering. As a student, Krogman interned with Ferber Engineering in Rapid City, and he hasn’t had to look for a job since.

“Seeing a successfully constructed project completed from one of our designs is very rewarding.”

“I started full time when I graduated, and I get to work on many different types of projects,” he explains. “Seeing a successfully constructed project completed from one of our designs is very rewarding.” 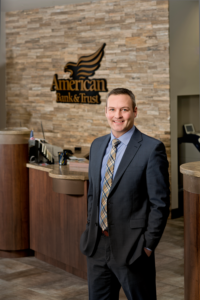 Scholarships, including the one from Golden West, were incredibly important for Kevin Petoske.

“It helped take off the initial and long-term load of educational costs and helped me focus on acquiring my degree in business administration from Dakota Wesleyan University,” he says.

Petoske started as a bank teller in Rapid City. After 10 years in banking, he served for six years as the Director of Treasury at Sioux Falls-based POET, the world’s largest ethanol producer. Today he is the Senior Vice President of Business and Treasury Services at American Bank & Trust in Sioux Falls.

“I find it rewarding to find solutions for clients that have very specific needs, or that just need someone to listen and understand how to make their business better,” explains Petoske.

He and his wife, Emily, who is from Emery, are happy to live in South Dakota.

“There are many opportunities in South Dakota, and we wanted to raise our children in the same place that we are proud to call home.”

Unlike the others, Van Dewater initially left the state after graduating from Northern State University in Aberdeen.

“During my time away, I always had a desire to get back to the state, because it’s a great place to grow up, work and raise a family,” VanDewater says.

He worked for an engineering company and a couple internet service providers before a position with SDN Communications brought him back to South Dakota.

“I got to know SDN through the industry and being their customer, and I had a great deal of respect for the organization and its leadership,” says VanDewater. He started overseeing their managed services in 2015, and became the Director of Network Operations in 2016.

In a slight twist of fate, Golden West still plays a small role in his professional life.

“During my time away, I always had a desire to get back to the state, because it’s a great place to grow up, work and raise a family.”

The Golden West Scholarship is one that I remember with a sense of pride,” recalls VanDewater. “SDN is partially owned by Golden West, and I’ve often mentioned that Golden West helped to get me here.”

We would love to hear from other Golden West scholarship recipients. If you’d like to share your story, please email scholarships@goldenwest.com