What is a Chromebook and Can I Use One?

What is a Chromebook and Can I Use One? 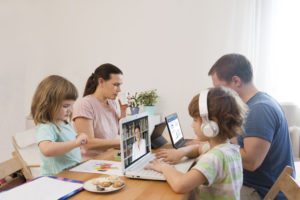 Many schools issued Chromebooks to students this fall, which may have some adults wondering, “What exactly is a Chromebook and could I use one, too?”

Chromebooks are laptops, but instead of running Windows or Mac Operating Systems (OS), they run Chrome, a simple operating system designed by Google. Chromebooks can cost less than $300, making them an affordable option for education and consumers alike. Chromebooks come with G Suite, which includes many of the apps you’ll need like Gmail, Hangouts, Docs, Sheets and more.

“A Chromebook is not as complicated as your normal windows devices,” said Golden West Desktop Support Technician Chris Damers. “It’s pretty much the same as working off your phone or a tablet device as far as the simplicity of downloading apps while still having that full laptop feel with the keyboard and touchpad. It’s designed to be as user friendly as possible.”

Unless you want to do things that require lots of processing power or need to use specific software, you can probably use a Chromebook to get things done without much compromise. Damers said while Chromebooks may not be the best option for Golden West employee workstations, they are worth consideration for personal use.

“I was kind of impressed with the Chromebook, so I did get one for my parents,” Damers said. “My mom primarily uses it for browsing and Facebook. She likes to use it because the battery life is fairly solid.”

That’s because using the Chrome browser for the operating system consumes much less power. In fact, it’s possible for a Chromebook battery to last 10 hours or more.

While there are Chromebook models with larger screens and faster processors that cost more, compared to Windows and Mac OS machines, Chromebooks are quite affordable. Chromebooks that cost less than $500 should last several years without any major issues.

Chromebooks are also light and compact, making them portable. Some models even allow the monitor to be separated from the keyboard, making them like a 2-in-1 tablet and laptop device.
Stability and Support

The Chrome OS is more stable than Windows 10 running the Chrome browser. Chromebooks also run far more than just Chrome OS; they will also download and run Android apps from the Google Play store, which includes games, productivity options and other apps.

Because everything is done within Chrome, you can switch devices without losing files, photos or anything else. Cloud backups are built in; just log in to any machine with your Google account, and everything will be waiting for you – no recovery or transfer needed. Chromebooks will also work just fine offline when needed, although backing up data requires internet connectivity.

Google offers some online storage in Google One (formerly Google Drive) at no charge to all users and includes a free storage upgrade with purchase of a new Chromebook for the first year. Even the free amount of storage may be enough space for many users, though, especially since Google generally doesn’t include photos or videos in the limit. After the first year, extra storage space can be purchased for an additional monthly or annual charge.

According to an April 2019 online article from Forbes, the automatic security updates for Chrome OS “play a key role in making Chrome what many consider the most secure operating system in the consumer market.” Google is not known for user privacy, however, as it tracks online activity not just by Chromebook users, but across all its products. Settings can be changed to minimize tracking, and a future Golden West article will address this issue.

“Google does do data mining,” Damers said. “They’re not spying on you, but the machine is tracking your behavior to tailor your experience to you and allow them to charge for targeted advertisements. It’s not necessarily malicious, but it can be unsettling.”

The pandemic has pushed the Chromebook towards even greater popularity, but the increased demand has impacted the supply chain for all laptops and technology. If you want a specific model of Chromebook, you may have to place your order and wait.

Golden West does not endorse any products or services in this article that it does not provide.

Sources: Some information for this article was provided by online articles from Forbes, PC World, Laptop Magazine and 9to5google.com.

END_OF_DOCUMENT_TOKEN_TO_BE_REPLACED 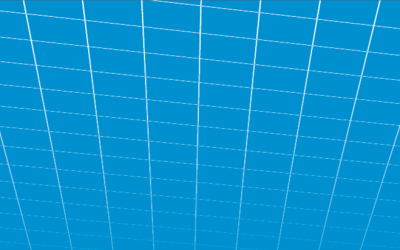