One of the most common speed issues Golden West customers experience is using an outdated computer, tablet or smartphone on the network.

“There’s a reason why the cell phone companies want you on newer phones other than just to sell you a new phone,” said Golden West Director of Engineering Operations Nick Rogness. “People have a more positive online experience when they use newer devices.”

How Long Should a Computer Last?

Most online sources agree you can expect the average computer to last about three years. Performing maintenance, such as removing dust, and keeping the operating system and other software updated are important tasks for many reasons and can prolong a computer’s life. While computers may run longer, the performance will still likely be compromised.

“Using anything three years old or more is the equivalent of driving a 1970s vehicle today,” Rogness said. “The (prcoessor) chips have changed that much.”

Computers have become more affordable in recent years. As a result, service and repairs often cost as much or more than replacement. According to Statista, a leading online provider of market and consumer data, the average price of a personal computer dropped from $805 in 2005 to $632 in 2019. The drop is more significant when factoring in inflation.

Signs Your Computer Needs to be Replaced

Beyond age, here are five signs to watch for on your computer. You may want to replace it if it:

You should back up your data regularly. If you experience any of the issues above, you should be especially vigilant about backing up.

If you don’t care about having the latest and greatest and you don’t tax your computer too much, you may not need to replace it as frequently. At the same time, just because your computer still runs doesn’t necessarily mean it’s operating well enough to keep using it. 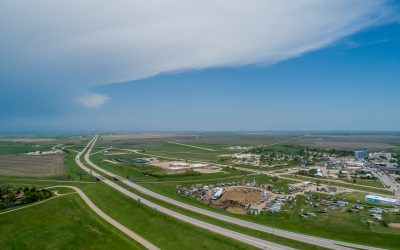 There’s a lot of confusion about 5G. The term is used for both cellular and Wi-Fi technology, but the only thing they have in common is a number and a letter. Read on to learn the difference between 5G and 5GHz — plus, get some tips on maximizing your home Wi-Fi network’s performance.

END_OF_DOCUMENT_TOKEN_TO_BE_REPLACED

Robin and Justin Eich both grew up in small communities. When the couple married and decided to start a family, they wanted a similar upbringing for their kids. Hartford proved to be the ideal setting; 20 years later, they are thriving — at home, at work, and in their many extracurricular activities.

END_OF_DOCUMENT_TOKEN_TO_BE_REPLACED 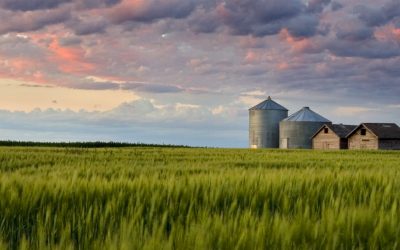 When Teri Arneson of Elm Springs drove into town one day, everybody was gathered at the fire station. Her curiosity sparked her to start a community Facebook group to help with communication.