April 1 is the day you’re most likely to hear the word “gotcha!” Though its origins are unclear, April Fools’ Day has long been associated with practical jokes and pranks. People have been falling prey to elaborate hoaxes for hundreds of years. 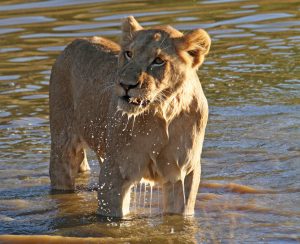 Would I Be Lion to You?

The earliest recorded April Fools’ prank occurred in 1698. A few lucky London citizens were sent official-looking invitations to attend the “Annual Ceremony of the Washing of the Lions” at the Tower of London on April 1. At the time, the Tower was home to a Royal Menagerie of exotic wild animals, including lions, an elephant, and a polar bear, so duping these unsuspecting folks was easy. They were told that every year on April 1 the lions were taken down to the moat for a bath, but in reality no such tradition existed.

The joke was so popular, it was repeated many times over the years — still fooling people long after the menagerie had closed. An 1856 invitation, with a red wax seal and inscribed with the signature of “senior warden” Herbert de Grassen, can still be found in the Tower archives.

Dishing – and Passing – the Dirt 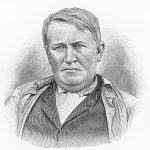 In 1878, Thomas Edison was a household name thanks to his invention of the phonograph the year before. Capitalizing on his popularity, the New York Graphic ran a story on April 1 claiming that Edison had invented a machine that turned soil into cereal and water to wine, eliminating world hunger.

Other newspapers across America picked up the story and ran it; the gullible public included not only readers, but news staff, as well. The Buffalo Commercial Advertiser printed an editorial proclaiming how fortunate it was that Edison had been born in the progressive 19th century when his genius could be appreciated. The story came full circle when the paper that initiated the prank, the New York Graphic, reprinted the Buffalo newspaper’s editorial the next day under the headline, “They Bite!”

Putting One Pasta the Viewers

On April 1, 1957, the BBC television show Panorama aired a segment, narrated by respected anchorman Richard Dimbleby, that showed a Swiss family harvesting spaghetti from a grove of trees. Footage of women collecting strands of spaghetti and placing them in wicker baskets before laying them out in the sun to dry proved compelling.

Dimbleby explained that the 1957 harvest was expected to be particularly bountiful given the eradication of the destructive spaghetti weevil. He talked about how the last two weeks in March are an especially anxious time for spaghetti farmers due to the possibility of a late frost that might impair the flavor of the pasta.

Hundreds of viewers flooded the BBC’s phone lines asking how they could get their hands on their own spaghetti trees. The BBC’s official response instructed them to “place a sprig of spaghetti in a tin of tomato sauce and hope for the best.” 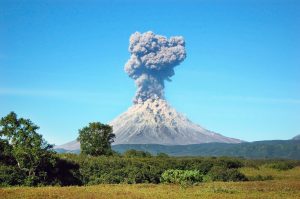 Viewers in Boston, Mass., tuned in to the Channel 7 News on April 1, 1980, were surprised by a special bulletin announcing that 635-foot–tall Great Blue Hill in Milton, Mass., had erupted, threatening nearby homes with lava and ash.

They were shown footage of lava flowing down a hillside (this had actually been taken four days earlier during an eruption at Mount St. Helens in Washington). Audio recordings of President Jimmy Carter and Massachusetts Governor Edward King calling the eruption a “serious situation” were edited together from previous remarks. Reporter Jan Harrison explained the disaster was a result of a geological chain reaction set off by Mount St. Helens.

Panicked Milton residents fled from their homes, so they missed when Harrison held up a card at the end of the segment that read “April Fools!” After hundreds of calls to the Milton Police Department, the Massachusetts Department of Civil Defense, and WNAC-TV, the producer who greenlit the segment was fired the next day.

The moral of these stories is simple: take anything you see or hear today with a grain of salt!

Sources: Some information for this article was provided by online articles from History.com, Princeton University, BBC.com, Knowledge Nuts, and Hoaxes.org.